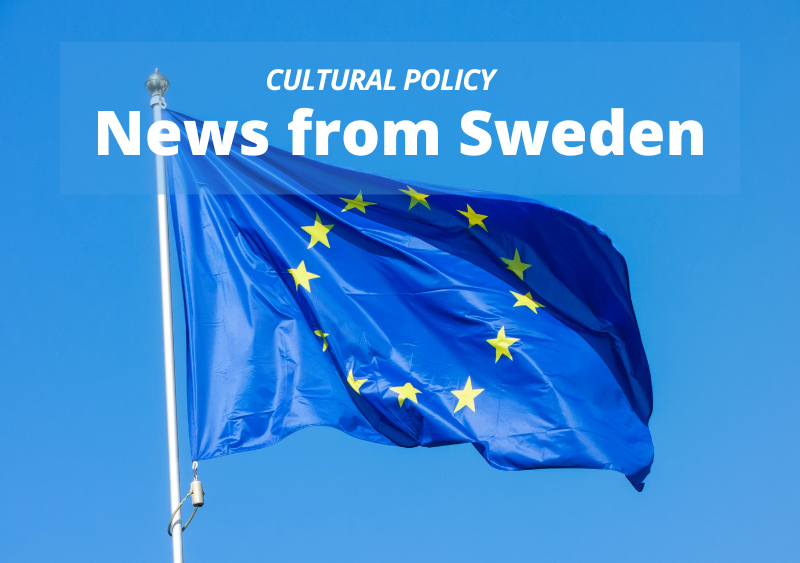 Similar to us, the new year is also bringing new main actors and agendas to the fore of the EU’s political scene. That is precisely the case of Sweden, which on 1st January took over the rotating Presidency of the Council of the EU from the Czech Republic. Stockholm will be presiding over the work of the institution representing the 27 EU’s governments for the first half of 2023, until 30 June next, when it will be passing the baton to Spain.

“A greener, more secure and freer Europe is the foundation of our priorities,” Prime Minister Ulf Kristersson said presenting the European roadmap of its country for the next six months.

In line with the latter priority, Sweden will focus its work in the area of culture on the topic of freedom of artistic expression, a subject which has been featured both in the 2019-2022 Council Work Plan for Culture as well as in the new 2023-2026 strategic document, but has never enjoyed the full commitment of a Presidency. As detailed in the programme for the semester, Stockholm intends to address artistic freedom in a twofold way: both internally, linking it to the urgency of improving working conditions in the cultural and creative sectors, and externally, especially highlighting the conditions of displaced artists in view of ongoing crises in the EU’s proximity (from Afghanistan to Ukraine).

The Compenidum welcomes its member’s thematic focus as it is very much aligned with this year’s research campaign “Silent Dissent? On Barriers to Freedom of Artistic Expression“. It shows that we all take the current increase in populist and anti-democratic tendencies in European (cultural) policies seriously. Though it has to be seen how much Sweden with its new center-right coalition government will be a part of the solution or the problem.