The oldest cultural institutions in Sweden can be traced several hundred years back in time. The National Archives and the National Heritage Board have predecessors as far back as the 17th century; the royal theatres and many of the royal academies were created in the 18th century, and the national museums of history and art, as well as several other institutions, were founded in the 19th century. Such institutions were the product of a unitary state, expressing first the cultural ambitions of the royal court and later the identity of Sweden as a nation state. 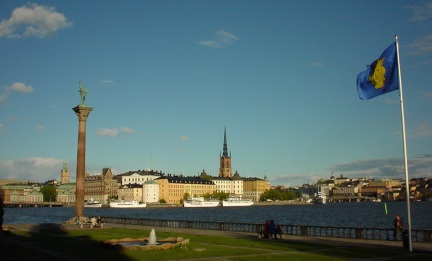 Cultural education, public museums, concert halls and public libraries were favoured areas of cultural policy in the early 20th century, typically with substantial contributions from private patrons and voluntary work. In the 1930s, the democratic welfare state began to evolve with an increasing government involvement in arts and culture. During the same period, the efforts in popular cultural education made by popular movements, such as the labour movement, the temperance movement, and the non-conformist Christian movement, solidified into government-funded organisations. Since the 1930s, the main feature of Swedish cultural policy has been an emphasis on equal access to quality culture. One initiative typical of the early welfare state was the National Touring Theatre (Riksteatern), created in 1934.

1950-1970: Social Democratic governments continued to expand the state to create an all-encompassing welfare system. Established cultural institutions were modernised, and new ones were created, e.g. touring institutions for exhibitions and music, the Film Institute, and municipal music schools. Among the first new bodies of cultural policy was the Author’s Fund, created in 1954 to distribute government grants to writers, established as a support system based in cultural policy and a compensation for the right of public libraries to lend out books.

1970-1990: In the 1960s, political debate focusing on cultural policy increased dramatically, resulting in the first general cultural policy objectives, in the Government Bill on Culture of 1974. The democratic welfare-state model of cultural policy was now institutionalised. A new government agency, the Swedish Arts Council, was also created. While the objectives of cultural policy established at that time were the results of an initiative of the national government, the most significant result may have been the substantial strengthening of regional and municipal resources for the production and distribution of quality culture.

The Swedish cultural policy model is characterized by a strong national level, with most of its powers invested in government agencies under the leadership of government appointed directors and boards. Such boards, like the bodies of experts assisting such bodies, often include representatives of relevant sub-fields and professions within the field of arts and culture. The complexity of the Swedish cultural policy model is a result of the large number of heterogeneous units directly subordinated, and/or financially dependent on, the Ministry of Culture. Among the most important such bodies are the Swedish Arts Council, the Swedish Arts Grants Committee, and the Swedish Heritage Board. Other large public bodies are the Swedish Film Institute (see chapter 1.2.2), and the government agencies responsible for various museums and other cultural institutions (see chapter 1.3).

The autonomy of cultural institutions organized as government agencies is protected by constitutional law. In addition, there is a tradition of respect for the autonomy of artists and cultural professionals in matters of content and quality of cultural production. This can be described as a double arm’s length principle. Safeguards against political intervention in the practices of publicly owned and/or publicly financed cultural institutions are relatively strong.

In the Government Bill on Cultural Policy of 2009 (2009/10:3), the previous focus on the national level of cultural policy was somewhat changed. Since then, a new system has been introduced, in which national government funding of regional institutions is governed through regional Cultural Policy Plans approved by the Swedish Arts Council (see chapter 1.2.3 and 1.2.6). The autonomy of cultural institutions on the regional and local levels is not constitutionally protected.

Swedish cultural policy has a long-standing focus on equal access to, and participation in, arts and culture, as well as on government support for artists.

The current objectives for cultural policy, listed below, were established with the government bill on cultural policy of 2009 (prop. 2009/10:3). Specific goals also exist for some parts of the arts and culture sector. These are described in this Compendium profile under the headlines for these specific areas.

“Culture should be a dynamic, challenging and independent force based on the freedom of expression. Everyone should be able to participate in cultural life. Creativity, diversity and artistic quality should mark society’s development.