There have been four key periods in the development of cultural policy in Portugal over the last 60 years.

Up until the revolution of 25 April 1974, Portugal had an authoritarian regime. In addition to restricting democratic rights and enforcing censorship, it was a regime which limited both cultural and artistic endeavour and contact with cultural trends and experiments taking place in other countries, particularly those in Europe. 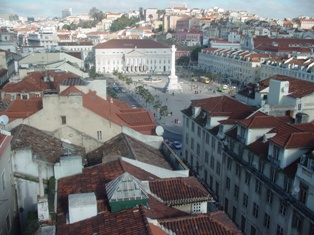 Following the democratic revolution of 1974, the Constitution of the Portuguese Republic enshrined (in chapter III, Article 73) the state’s duty to promote the democratisation of culture. As other rights such as health and education were gradually consolidated, constitutional governments increasingly turned their attention to culture, albeit in a still rather unsystematic fashion, and with culture not being an independent area of ministerial responsibility.

The Thirteenth Constitutional Government established the Ministry of Culture in 1995, with autonomous departments assigned to defining policies for the sector. There were five main aspects to this Ministry’s strategy: books and reading; heritage; creative work in the arts; decentralisation, and internationalisation. All six governments in office after 1995 (there have been 8 ministers of culture to date) followed a trend of establishing partnerships between central and local government, with a view to setting up cultural facilities – libraries and cinema-theatres – throughout the country. At the same time, and after a period of more vigorous activity, governments gradually began to disinvest in the field of culture, in terms of both funding allocations and the development and implementation of integrated strategies for the sector.

In 2006, as part of the reforms which took place under PRACE (the Seventeenth Government’s Programme to Reform the Central Government Administration), the Ministry of Culture underwent significant reorganisation. This reorganisation was implemented as a rationalisation of resources, and basically involved a reduction in the number of departments through the merging or abolition of some of them – with a resulting loss of independence for sectoral policies. The Nineteenth Government (in office since June 2011) took this trend further, downsizing the administrative structure of the Ministry of Culture to a Secretary of State.

Cultural policy in Portugal is the remit of the Ministry of Culture and has mainly been based on a centralised model. Among the “peripheral services administered directly by the State”, there are five Regional Culture Directorates (North, Centre, Lisbon and Tagus Valley, Alentejo and Algarve) whose aim is to distribute the Ministry’s responsibilities more widely and whose missions, in conjunction with the Ministry’s main departments, are to: “ensure public access to cultural resources, to monitor the activities of cultural producers funded by the Ministry of Culture, and to monitor heritage conservation measures” (Regulatory Decree 34/2007 dated 29 March 2007). Regional Culture Directorates are administratively autonomous.

This is a cultural policy model which tends to be interventionist, with differing degrees of intervention according to the field of cultural and artistic endeavour concerned. Thus in the culture industries (cinema, audiovisual, book publishing), the Ministry of Culture’s role is essentially that of a regulator. In the case of performing arts, the traditionally more interventionist role of the Ministry has been in retreat, with progressively less investment in Ministry-supervised production and artistic facilities. There has also been a retreat in the heritage sector, in which the Ministry of Culture has traditionally intervened most extensively, reflected in the merging of institutes in this domain.

It should be noted that the government’s retreat from supervision of the cultural sector is also evident in other ways – first of all in the form of budgetary restrictions and the gradually reducing organisational structure of the Ministry of Culture as factors which contributed to its relative decline as a cultural actor. Thus the greater investment by local authorities in the domain of culture turned them into key players in terms of cultural policies (see chapter 1.2.2). In turn the main cultural entities in the third sector continue to intervene in the cultural field – of particular importance here are the Gulbenkian Foundation, the Serralves Foundation and the Luso-American Foundation. The cultural activities of other ministries should also be taken into account, such as the Ministry of Education (in book publishing and reading), the Ministry of Economics (in the creative industries, including tourism), the Ministry of Foreign Affairs (in language, see chapter 1.4) and the Ministry of Public Works (in the heritage field).

The main manifesto commitments of the Eighteenth Government (October 2009 – June 2011) were:

As far as endowing the country with cultural facilities and networks is concerned, it should be noted that this objective of cultural policy was initially implemented by means of investment in the creation and restoration of cultural infrastructures. More recently, greater emphasis has been placed on extending public access to cultural events and facilities.As the Nineteenth Government is entering office (June 2011) the most relevant strategic policy objective stated is to “evaluate the State’s involvement in cultural life and reduce its administrative apparatus” (from the Government Programme). Some other general objectives are stated, such as the support to historic and intangible heritage, creative industries and the arts. The literature and libraries sector, as well as the language policy, are also given