One can identify two basic periods that characterise the development of Polish cultural policy in the last 60 years. Distinguishing features of the first period – real socialism – include limited sovereignty, a one-party system and a planned economy. The second period – liberal democracy and market economy – recovered Polish independence, introduced parliamentary democracy and principles for a market economy. 1989 is the watershed year that marked the shift between these two periods and the year when the first democratic parliamentary election was held in post-communist Poland. 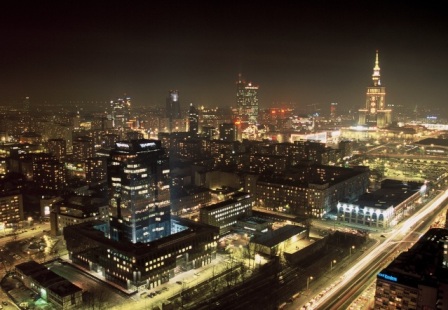 Before 1989, cultural activities were organised under a system characterised by a high level of centralisation, institutionalisation and a monopoly of state property. Decisions made on the development of cultural activities were strongly politicised and the creative arts were under political censorship. The principles of cultural policy were created by both the Ministry of Culture and Arts and the Cultural Division of the Central Committee of the PZPR (Polish Communist Party). At the same time the growth rate of public cultural expenditure was higher than the growth rate of the GDP, which gave the state legitimacy to act in this field. The “Fund of Development for Culture” was established in 1982 as a means to secure this position. Between 1982 and 1989, expenditure on culture within the overall state budget rose from 1.25% to 1.81%. This relatively high level of public funding for culture enabled wider access to cultural goods and services and a feeling that professional stabilisation for artists working conditions was being achieved.

After 1989, Poland underwent a process of political and economic transformation and the state re-established its new responsibilities with a social character. Those responsibilities were formulated in the introduction to the Constitution of the Republic of Poland. Article 73 directly refers to the field of culture and states that everyone is granted the right of freedom of creation, to conduct scientific research and announce their results, freedom of education and use of cultural assets.

The new principles for organising and financing cultural activities were formulated in 1993 and presented in the governmental document entitled The Principles of State Cultural Policy. According to this document, the Polish government should:

These goals are in support of the principles formulated in 1993.

Cultural policy priorities established by the Ministry of Culture for the newly established democracy were published in 1995. The three most important areas for state support were identified as books, the protection of national heritage and cultural education.

In 1998, a general framework was presented which identified the major directions and activities of the Ministry of Culture and Arts in the following areas:

In 1999, the Directions of Cultural Policy of the State / Government was published and described the basic duties of the state in the following areas:

Priorities established in 1998 and 1999 were carried out by the government with different levels of success. There were some concerns voiced over the long list of priorities and that they were being mixed up with principles. In fact, while there were several priorities listed, in practice, there were no priorities at all.

The years 2001 and 2002 can be considered a turning point when the Minister of Culture Andrzej Celiński’s programme of reforms became the subject of consultations. The programme included comprehensive changes in the organisational and financial system for Polish culture. New sources of financing for culture were also proposed including financing culture from state lottery funds, which was eventually introduced. Still, the attempt to reform the general system of financing and organising the cultural sector turned out to be unsuccessful.

The following Minister of Culture, Waldemar Dąbrowski, specified new priorities for 2003 as follows:

In 2003, efforts were made to prepare Poland for gaining access to EU funds, especially Structural Funds. In this context, emphasis has been placed on developing regional approaches to the development of culture. In 2004, encouraging access to European Union funds was a priority for the Ministry of Culture. The document entitled The National Strategy for the Development of Culture (NSRK) for 2004-2007 was developed.

The strategic aim of the NSRK is “balanced development of culture in the regions”. The strategy was created centrally for the fully territory of Poland but it defines coherent horizontal actions that are to be realised in the regions. The NSRK defines financial sources for the strategy, taking Structural Funds and other European funds into consideration.

The strategic functional areas, set by the National Strategy for the Development of Culture as elements of the State’s Cultural Policy, have been the basis for 5 National Culture Programmes.

The Programmes were designed as functional action plans and guidelines for implementation as well as tools for exact schedules of activity. Their aim was to enable monitoring and evaluation of the implementation process. In the following years, the ministers used the proposed formula and introduced new issues in place of National Cultural Programmes, commonly known as Minister’s Programmes.

It should be also noticed that Minister of Culture, Waldemar Dąbrowski, made significant efforts to elaborate a new financing system for Polish cinematography. Unfortunately, he did not manage to carry out an eagerly awaited reform of Polish cultural policy.

Neither did his successor Kazimierz Michał Ujazdowski. He has been in office since the beginning of Jarosław Kaczyński’s governance (2005). His governance realised an increase in public expenditure for cultural purposes, which was 22% more in 2006 than in the previous year. The cultural priority set by the government was the protection of national heritage and cultural identity, therefore Ujazdowski’s policy successfully contributed to an improvement in this field which had been seriously neglected by previous governments.

Since 2007, Platforma Obywatelska (Civic Platform*) has been the ruling party having won two parliamentary elections. In 2011 the Civic Platform formed a coalition with Polskie Stronnictwo Ludowe (Polish People‘s Party) once again. The Minister of Culture and National Heritage – Bogdan Zdrojewski – took up his post in 2007 and again in 2011. The two-time success of one party, as well as the same minister continuing his mission, has never before occurred in the history of the young Polish democracy since 1989. It created better conditions for realisation of the Minister’s aims but expectations were higher than before. The initial intentions of conducting a wider reform of the whole financial system were presented at the Polish Culture Congress in 2009 and again proved to be impossible to implement. Instead of the “revolution” sought by the cultural circles, only a small reform was carried out. It concerned mainly the issue of management of public performing institutions. The first term of office of Minister Bogdan Zdrojewski has been measured mainly by the success in the use of European funds, Polish participation in the ECoC Programme, turning attention to the issue of digitalisation of culture and a very strong cultural component during the Polish Presidency of the EU. At the first press conference after second nomination (November 22nd 2011) the Minister said that completing the most important investments, increasing funds for heritage protection and building the public online domain were the key challenges for the upcoming 4 years.

In 2014 new Minister of Culture and National Heritage – Malgorzata Omilanowska – was elected. The new Minister of Culture is an art historian and specialist on the last two centuries of architecture, protection of monuments and art theory. She announced the fight for lower prices of access to live culture, especially for marginalised groups, as well as the progress in digitisation and sharing of culture for free, on the web. She is also planning an amendment to the National Readership Development Programme, which would be extending to the school libraries. New Minister also intends to implement a project for easy access and enhancing quality offers historical museums throughout the country. Małgorzata Omilanowska also plans to amend the law on the protection of monuments. Moreover she focuses on education in the field of protection of monuments.

(The information presented above is directly connected with the issues described in other chapters. To understand the topic completely, please read  chapter 2.1 and  chapter 2.9).

When developing the new model for Polish cultural policy, various systems were considered. First, the old social democratic / social democracy approach was examined, but was quickly rejected as a basic model because it was demanding and related too much to the Communist era. During the first three years of transformation, there was strong support for a more neo-liberal approach, but it was then dismissed as an option for the future. Today the “third way” has become a popular approach. It is based on the welfare state model and advocates partnership between the state and an active civil society. Despite the potential role of third sector organisations – foundations or associations – they are still not regarded as real partners of local government administration or the state in the field of culture (e.g. as cultural managers or as agencies to distribute public funds).

In summary, the major changes which have taken place in the cultural sector since 1989 revolve around 6 main axes:

Today, the Polish cultural policy model is characterised by a high level of decentralisation, which emphasises the important position and role of local governments.

The process of decentralisation for the management and financing of culture is connected to the introduction of various legal acts which initiated an overall reform of the national political system and transferred many competencies in the field of culture to local governments and their administration. For example, the 1990 Act on Local Government Administration states that responsibility for libraries and other institutions aimed at the local dissemination of culture is to be devolved to local governments.

As a result of the second phase in the overall administrative reform, two new tiers of local level management were established: provincial (Voivodeships) and district (Poviats). These two new levels became legally obliged to provide public activity within the area of “culture and protection of its goods”. Responsibility for local culture activity and the establishment of local cultural institutions, once the sole domain of municipalities / communes, is now shared between the provincial, district and municipal / communal administrations (for more information see chapter 1.2.1 and chapter 1.2.2).

The gradual assumption of responsibility for culture by local governments was accompanied by a revamped of funding strategy, with local governments allocated 78.1% of public funds for culture in 2004 (79.4% in 2003; 81.1% in 2002). In the following years, the proportion remained quite steady (for more information see  chapter 7.1.2).

Changes in the public responsibility for culture came in the wake of a more general process of decentralisation of state powers and the subsequent reform of several laws. For example, overall tax law reforms and amendments which introduced relief and exemptions for people making charitable donations were also applicable to the cultural sector. One of the assumptions has been that the overall reforms will automatically be beneficial to the needs of the cultural sector and therefore it has not been actively involved in shaping, but rather adapting to the new realities in Poland. In recent years, the adaptation process has continued and has been aimed at assisting Polish culture to benefit from European Union funds.

Contemporary cultural policy of the Republic of Poland reflects the major objectives of the Council of Europe policy dealing with: decentralisation and democratisation of the decision making processes, observing the principle of transparency of the decision making, compliance with the rules of diversity and subsidiarity and departing from the idea of placing culture on the periphery of public administration. Of course, it is easier to comply with the rules in a declarative manner rather than applying them.

However, it is important to keep in mind that while it may be popular to adopt commonly defined democratic principles and cultural policy objectives, the way in which these principles are formulated and implemented cannot be harmonised. In this context, Poland has the ambition to find its own cultural policy model rather than merely replicating established models and solutions from Western European countries.