In 1814, Norway gained its freedom from Denmark, established its constitution and founded its national assembly – the Storting. In that same year, Sweden invaded Norway and the Norwegians were forced to accept a peace treaty which created a union with Sweden under the Swedish king. Norway kept its new constitution (with some amendments) and the Norwegian parliament. The union was finally dissolved in 1905 when Norway became an independent country. 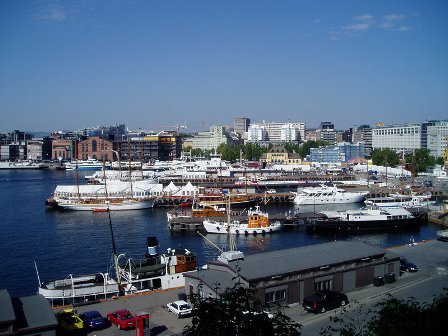 Although some schemes for the public support of cultural and artistic activities and institutions were established in the 19th century and the first part of the 20th century (i.e. artists’ scholarships, public support for libraries, art education, museums and theatres), a cultural policy has only become a distinct policy domain in Norway from the Second World War and thereafter. From the 1930s onwards, the welfare ideology gradually gained a foothold as the main rationale for the Norwegian policy system in general, which was also applied to the cultural domain. The welfare model was not solely due to financial limitations before the end of the war period. During the war, the German occupants and the NasjonalSamling, a national socialist/fascist party in power from 1940 to 1945, established the Ministry of Cultural and Public Educational Affairs, which was responsible for a distinct part of the state budget. The war time cultural policy was formulated by the controlling regime as a tool for the political propaganda of the German occupants.

During the post-war period, a considerable emphasis was laid on the democratisation of culture. Arts and culture were then considered as both an important measure for the welfare of the entire population and as a useful tool for public education. In order to democratise culture, the state established important arts institutions with a nationwide function, one for theatre – The Norwegian National Touring Theatre – in 1949, one for the visual arts – National Touring Exhibitions – in 1953 and one for music –Concerts Norway – in 1958. In addition, the National Opera was established in 1957.

In the period from the pre-war years to the early 1960s, the number of publications within Norwegian “highbrow”fiction fell substantially, with this situation contributing to the foundation of the Arts Council Norway in 1965. In order to defend the Norwegian culture and language, one of the main responsibilities of the Council was to administer a scheme for purchasing new Norwegian publications. Although the state gave a small number of artist grants from the 1830s, a significant range of support schemes for artists was introduced during the 1960s.

During the 1970s, major efforts were made to decentralise the cultural policy and the cultural administration system in Norway. Cultural affairs committees were established in most municipalities, and the municipal authorities gradually appointed directors and secretaries of cultural affairs. A similar system was developed at the county level, and new grant schemes were introduced. In this way, substantial responsibilities were decentralised in order to bring decision-making closer to the general population. Closely linked to this reform was a redefinition of culture, which was also taking place in other countries. The concept of culture was expanded in order to include the cultural interests of various parts of the population, which incorporated a renewed interest for amateur cultural activities. In addition, sport was included in the concept of culture. The more traditional elements of Norwegian cultural life also received financial support from the public authorities during the 1970s. A new Libraries Act was adopted in 1971, a new grant scheme for theatres was established in 1972 and a new decentralised grant scheme for museums was introduced in 1975. As the result of a white paper presented to the Storting in 1978, artists were granted the right to negotiate wages with the central government and improved schemes were developed in this field. The most important element of this arrangement was the guaranteed income scheme, which currently (2014) provides for approximately450 artists, the majority of whom are visual artists and crafts people. From 2014 this scheme is being phased out and replaced by long-term income schemes.

While the public culture budgets had expanded considerably during the post-war period, budget cuts and efficiency improvements characterized the 1980s and 1990s due to the stagnation of economic development in Norway. However, cultural expenses, not least at the municipality level, increased significantly in the 1980s. Today, Norwegian municipalities, in total, spend approximately the same amount of money on culture as the state level does.

In 2005, the former centre-left government proclaimed an ambition to increase the share of the national budget allocated to culture to 1% within 2014 and that all arts form should benefit from this. Between 2005 and 2013 the governmental spending allocated to culture thus expanded from NOK 5 billion (EUR 625 millions) in 2005 to NOK 9,95 billion (EUR 1.2 billion) in 2013. In real terms, a spending growth of approximately 46%.

In 2014, a new right wing government was elected. They did not pursue this policy ambition. However, the present government has not made any significant budget-cuts. In the Norwegian parliament, there is more or less consensus concerning the main lines of culture policy.

The Norwegian cultural policy model cannot be characterised as an archetype of any of the classical cultural policy models, such as the arms-length model, the interventionist model, the entrepreneurship model or the decentralised model. Instead, it contains elements of all of the models, excluding the entrepreneurship model. In the Norwegian model, the public authorities have played a considerable role in the culture sector, not least by giving financial support to a range of cultural and artistic activities. The relationship between the public authorities and the culture sector can be characterised by the terms of corporatism on the one hand and the arms-length principle on the other. While artists’ organisations have played a crucial role in the administration of some public support schemes for artists, the work of the Arts Council is based on a relatively autonomous position vis-à-vis both the government and the field of art. However, the corporatist element of the Norwegian cultural policy model seems to have declined over the past two decades, although it is more significant than in many other countries.

The main objectives of the Norwegian cultural policy are to promote:

The objectives of Norwegian cultural policy generally remain stable in character, and there are few controversies about these objectives in public debates.