During the 20th century, Estonia experienced several crises and arrived at several junctures in its development. These included the creation of an independent state in 1918, two occupations during the Second World War and the destruction of social structures by the Soviet regime. The forty-six year period of Soviet rule lasted from 1945 until independence in 1991. An important milestone in the history of Estonia was the entry to the European Union on 1 May 2004 and most recently the entry to the Euro zone in January 2011. 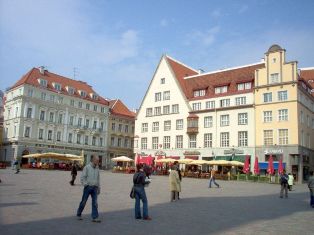 In cultural life and cultural policies, as well as in many other fields of politics, a distancing from patterns of the Soviet regime began in 1988, when representatives of the cultural field voiced their views for the first time in public against environmental and nationality problems. That year also marked the beginning of several organisational changes in the administration of cultural policy in Estonia (then still a Soviet republic). Formally divided between the Ministry of Cultural Affairs, the Committee of Cinematography, the Publishing Committee, and the Television and Radio Committee, cultural policy was regrouped under the responsibility of a Culture Committee, which was later renamed the Ministry of Culture in 1990. From 1993 to 1996, there was a single Ministry of Culture and Education, which has since then been separated into two individual ministries.

These organisational changes have accompanied important changes in the objectives and instruments of cultural policy. During the Soviet ancien régime, the state was both the main financier of most cultural activities, and an ideological, moral, and aesthetic censor. However, prior to the proclamation of Estonian independence in 1991, cultural policy had already taken steps towards privatisation and decentralisation of cultural life. Privatisation had started already in 1987 when the first non-governmental publishing house was set up. Censorship of the media ceased officially in 1990, but had in fact been practically abolished by 1989.

The first years (1991-1995) of the new independence were characterised, above all, by the privatisation of many previously state-run cultural institutions and an overall change in the role of the state. During that period, almost all state-owned cultural institutions changed ownership and / or organisational form, either through privatisation or municipalisation. The privatisation process has had the greatest impact on the fields of books and publishing, film and broadcasting, and cultural heritage (through a de-nationalisation process, many of the previously state-owned historical buildings were returned to their previous private owners or their heirs). Private organisations have taken over much of the concert life, which was previously dominated by state agencies; despite the integration of new forms of sponsorship, the organisations of visual arts have yet primarily remained state financed.

In 1995-96, there was a relatively vivid public discussion on cultural policies, initiated and led by the Ministry of Culture and Education. The standpoint taken by the Ministry at the time was that the process of privatisation of cultural life had come to its end. A new feature in the cultural policies of the mid-1990s was the establishment of various arm’s length bodies, i.e. state-owned cultural foundations which received a fixed sum of money from the state budget. The most important of them, the Cultural Endowment of Estonia (Kultuurkapital), was founded in 1994 according to the model of a similar body that existed between 1925 and 1940. The foundations distribute grants for specific purposes, independently from the Ministry of Culture. The other main instruments of cultural policy are legislation, licensing, and distribution of budget resources.

Since the mid-1990s, a recurring theme in the debate on cultural policies has been the scheduled construction of several major cultural buildings. Of these construction projects, the Musical Academy, the restoration of the Department at Foreign Art of the Museum of Arts, and the new building of the Museum of Modern and Contemporary Art have already been completed. The reconstruction of the Estonia Theatre was completed in 2006. An architectural competition for the new building of the National Museum (hosting an ethnographic collection, to be located in Tartu) took place in 2006. Although the application for funding from the European Commission’s Regional Funds was declined, the construction work started in April 2013. In 2013 a long dispute over the Estonian Academy of Art’s location was settled and instead of a new building, a former industrial venue will be renovated for its purposes by 2016. Recent years have seen a new wave of public discussion on cultural policy and its objectives. The establishment of the NGO Estonian Cultural Chamber (2011) has contributed to this debate, through research

and surveys on the development of cultural policy. A major task of cultural policy has continued to be the defence of the existing network of cultural institutions against budget cuts. The latest major administrative change took place in June 2009, when the previous Bureau of the Minister of Population Affairs was abolished and issues concerned with cultural diversity and ethnic integration were delegated to the Ministry of Culture see chapter 2.5.1).

In February 2014 a new document defining the new aims and objectives of cultural policy was adopted by the government. In the drafting of Directions of Cultural Policy 2014-2020 civil society as well as experts in separate fields of culture were consulted.

Estonian cultural life has, for a long time, been characterised by its close connection to identity politics. The re-building of an independent state started in 1991 and was preceded by a mobilisation of the whole society in order to regain the country’s independence. In Estonia, professional culture is perceived as representative of the nation, both outwards and for its own citizens. This creates a certain pressure to prioritise well-established, heavily institutionalised forms of cultural expression. The wish to preserve unity can also, partially, be seen as a legacy from the Communist past, when both cultural life and civil society had to stand united against pressures from the repressive state. Thus, cultural policy was originally based on a defensive strategy.

On the other hand, the cultural workers themselves feel they must jointly defend themselves against the invasion of mass culture, against the insecurity created by a dependence on market mechanisms, and guard their interests vis-à-vis other policy spheres competing for budget resources. The Ministry of Culture has initiated public discussion in order to encourage feedback on documents concerning cultural policy; a means to unite the established cultural institutions in a common “front”, to guard their share of the state budget against cuts. However, cultural policy is also made by other actors, including municipal governments and an important arm’s-length body, The Cultural Endowment of Estonia (see below).

The maintenance of an established set of cultural institutions has remained the basis of cultural policy in independent Estonia. In 2011, around 46% of the state cultural budget of 252 million EUR consisted of expenses for professional theatres, museums, libraries, sports schools and centres, and state-run concert organisations. This share of the budget has somewhat increased in comparison to the corresponding figure of 39.7% in 2006. Due to the adoption of the European common currency in 2011, and an on-going rise in the domestic price level, it is hard to compare the development of actual state cultural expenditure. Nevertheless, there has been a growth in the relative share of cultural expenditure in the overall state budget. Culture has been less influenced than other policy sectors by the monetarist principles that have prevailed in designing the state budget since the early 1990s, and especially after the financial crisis around 2010. This is very much due to the fact that Estonians continue to define their nation in terms of culture, rather than political citizenship; accordingly, the financing of culture from the state budget can be successfully legitimated with reference to the needs of the nation. From this also emerges a central aim of Estonian cultural policy: that of “preserving” the nation through a web of national institutions (most of which were already established during the Soviet period or before that).

An important exception to this institution-directed approach was the foundation of the Cultural Endowment of Estonia (Eesti Kultuurkapital) in 1994. In 2011, this institution received a fixed share from gambling, alcohol and tobacco excise taxes, together with income from invested assets amounting to 20.2 million EUR; i.e. 8.0 % of all government expenditure on culture), which was given as support for various projects in culture and sports. The income was higher than in 2010 (18.4 million EUR). The “newer” principle of granting support to projects departs from the typical institution-focused Estonian cultural policy. There is, however, a clear political wish to encourage the Cultural Endowment to finance the regular activities of cultural institutions. The overall share of the Cultural Endowment within government expenditure has fluctuated slightly (2000 – 10.7%, 2005 – 13.8%, 2007 – 11.9%, 2009 – 9.1%, 2011 – 8.0%). The Gambling Tax Act of 2002 prescribes that the Cultural Endowment will participate in the financing of the construction of cultural buildings. The cultural expenditure of local governments currently amounts to about 46% of all public expenditure on culture (see chapter 7.1.2).

In general, the cultural policy model is still moderately centralised, rather than decentralised. Representation of civil society has however become more frequent in decision making practices involving state cultural policies.

Since Estonia’s participation in the European Programme of National Cultural Policy Reviews in 1995/6, the Council of Europe priorities in cultural policy have been well-known and accepted. Official reference to them is being made, e.g., in the Developmental Plans of the Ministry of Culture (see also chapter 2.1). Support for identity, and the openness for cultural influences from other parts of the world, support for creativity and concern for participation in cultural life have all become a part of Estonian cultural policy. At the same time, the present stress on culture as an identity-building factor and on the preservation of the institutional structure of cultural life has not supported other aspects of the principles of diversity and decentralisation. One could, of course, argue that the small size of the Estonian society (in 2012, 1 290 483 inhabitants) sets some natural limits to any efforts towards decentralisation. In general, the principal outlines of cultural policy have been formulated in discussion with a large amount of experts and professional institutions. This can also be seen as a strategy of mobilising the public to defend the share of culture in the overall state budget. Until recently, the most comprehensive document stating the objectives of cultural policy has been the document Foundations of the Cultural Policy of the Republic of Estonia, adopted by the Parliament in 1998, but it has been replaced in 2014 by a new, more up-to-date document (see also chapter 2.1).