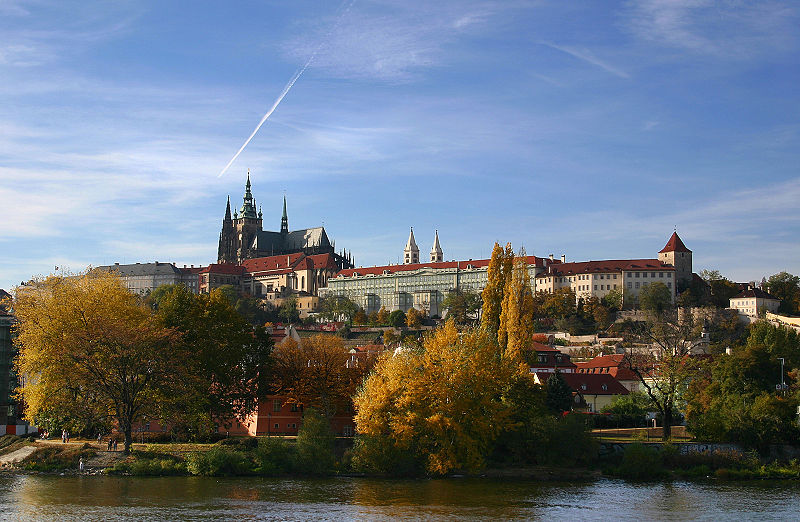 In the time of the First Republic, culture was primarily associated with enlightenment, which was pursued on the level of voluntary associations and not by the state. Activities aimed at enlightenment were coordinated in Czechoslovakia at that time initially through the Enlightenment Union and from 1925 through the Masaryk Institute of Public Education (Masarykovalidovýchovnéhoústavu). At that time there was no state cultural policy and it was only through legislation that the state exercised an influence on cultural (educational) activities. Some of the most important pieces of legislation in this area were the Act on organising civic education courses for the public, the Act on public municipal libraries, and the Act on municipal chronicles.

After the Second World War, the territory of Czechoslovakia, as it was then known, fell under Soviet influence. This was one of the main reasons why the Communists seized power for 50 years after the “February revolution” in 1948. In 1960, the state changed its name to the Czechoslovak Socialist Republic. Methods of totalitarian power and economic problems aroused ever-growing resistance, which culminated in the Prague Spring of 1968 and general liberalisation in all fields including the field of culture. All these efforts were suppressed in August of the same year with the invasion of Warsaw Pact troops. The unsuccessful attempt at democratisation was followed by so-called normalisation after 1969, which can be described as a period when all individuals and activities that were opposed to the Soviet occupation were persecuted by the state. Many important Czech personalities from the fields of art and culture were persecuted at that time. At the beginning of the 1980s, pressure for democracy started to grow more intensively, resulting in the “Velvet Revolution” in November 1989. This process brought essential political, social and economic changes to Czechoslovak society and changed the shape of culture in the Czech Republic (CR).

In 1993, the Czech and Slovak Federative Republic split into two independent states – the Czech Republic and the Slovak Republic – after mutual agreement by both federations. The Czech Republic (CR) joined the European Union on 1 May 2004 following a referendum. Czechoslovakia was one of the founding members of UNESCO and, following the separation of Czechoslovakia, the independent CR became a UNESCO member state in 1993.

Until 1989, there was a dense network of ideologically controlled and endowed cultural facilities – libraries, cultural centres and houses, cinemas, theatres, museums, monuments, observatories etc. This network was centralised in the 1950s and structurally reorganised in the 1970s.

At the beginning of the 1990s, this network underwent mass privatisation and denationalisation. All state institutions, such as book publishers and music industries, film studios, circuses and art agencies, were privatised. Some state ideological cultural institutions were closed. State funds like the Czech Music Fund and others were transformed into foundations in conformity with the new Act on Foundations (see also chapter 7.2.2).

Denationalisation of cultural facilities was a very important step in the process of democratisation. This process is also very closely connected with the Territorial Reform of Public Administration in the CR. The Act on Municipalities released the local authorities from organisational subordination to the state and it allowed them to establish cultural institutions. Many cultural institutions – in particular theatres – were transferred to their jurisdiction from the state level.

The first stage of territorial reform ended with the establishment of new higher territorial units – 14 regions, which were created on the basis of Constitutional Act No. 347/1997 Coll. The regions started operating on 1 January 2001, following the introduction of the Act on the Regions. In the second stage of reform of territorial public administration, dozens of museums, galleries and libraries were transferred to the regions on the basis of the Act on the Transfer of Certain Objects, Rights and Liabilities of the Property of the CR (see also chapter 1.3.1).

The first strategic document in the field of culture was elaborated in 1996 for the Ministry of Culture of the CR in the form of the White Book – a study that clarified the relation of the state to culture and presented examples of cultural policies from other European countries. It also included a proposal for modernising the grant system of the Ministry of Culture.

The first government policy on culture in the history of the CR was ratified by Government Decree of the CR No. 401 in April 1999 and it was called the Strategy of Effective Cultural Support.

In 2001, the government issued Decree No. 40 approving the Cultural Policy in the CR 2001-2005. Provisions connected with the membership of the Czech Republic in the European Union and the reform of public administration ranked among the main topics of cultural policy.

In November 2008, the government issued Decree No. 1452 approving the National Cultural Policy 2009-2014. This is a document that focuses on understanding culture as a discipline in which it is useful to invest time, energy, and human and financial potential (see also chapter 1.2).

In January 2013, with the introduction of Resolution No. 7, the government adopted the Updated State Cultural Policy for 2013 and 2014 with a View to the Years 2015 to 2020. The update provides information about the discharge of individual tasks laid out under the state cultural policy including tasks fulfilled or cancelled by Government Resolution No. 823/2011 on the updating of the Plan for the Implementation of the State Cultural Policy for 2009–2014.

In April 2015 the government passed Resolution No. 393 which acknowledges the State Cultural Policy for 2015-2020 (with a view to the year 2025). The Ministry of Culture drew up a plan for the policy’s implementation.

The final vision of the future state of support for culture laid out in the State Cultural Policy for 2015-2020 (with a View to the Year 2025) is based on the presumed successful management of priorities, objectives, and measures laid out in the government’s official programme (government regulation no. 96 of 12 February 2014):

The cultural policy is based on the objectives of the official Programme of the Government of the Czech Republic dated 12 February 2014, namely: