The Republic of Azerbaijan is located at the crossroads where historical routes and ancient cultures in and through the Caucasus intersect. 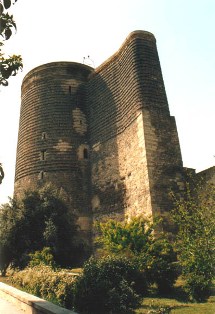 Over the 20th century, the Northern Azerbaijan experienced a great number of extraordinary events, influencing the implementation of cultural policies and instruments: such as severe changes of political regimes, economic booms and recessions, national liberation movements, and involvement in world and regional wars.

The Azerbaijan Democratic Republic – the first secular parliamentary republic of the East – was proclaimed as an independent state on 28 May 1918 and existed for almost two years. The Northern Azerbaijan then fell under Soviet rule for more than 70 years. Official politics, through both direct and more indirect ideological instruments, aimed to gradually “sovietise” the country’s national identity, culture and the arts. The alphabet used in Azerbaijan was changed twice during this time: in 1929 from Arabic to Latin and again in 1939 from Latin to Cyrillic. This instability made it difficult for people and researchers to study and transmit the intellectual and cultural heritage.

On a more positive note, efforts were made to ensure universal literacy and to broaden participation in the arts and culture. “Art to the masses” was not merely rhetoric, but also a guideline for action. Culture was wholly financed by the state. As a Soviet Republic, however, the arts were ideologically streamlined. The first signs of individualism and rejection of the principles of socialist realism became visible at the end of the 1950s and the beginning of the 1960s. Since that period, the arts have gradually emancipated themselves from state control. In some sectors, this process was more intense than in others, but it resulted in a powerful surge of national awareness around the middle of the 1980s.

On 18 October 1991, the Constitutional Act was passed and the North Azerbaijan’s state independence was restored. With many internal and external problems, the Republic of Azerbaijan passed through a difficult period of establishment (See more at 4.3). In 1993, the National Leader of Azerbaijan, Heydar Aliyev, was returned as the President of the Republic of Azerbaijan, in accordance with the request of the Azerbaijan people. In a very short time, internal political stability was restored, new strategies introduced and the main direction for the further development of the country was defined. The next stage in the social-political progress of Azerbaijan started and contemporary Azerbaijan’s cultural policy was initiated at that time.

Azerbaijan’s cultural policy today is, first and foremost, the policy of a country which has regained its state independence for the last two and half decades of its existence. Its political transformation, which brought radical organisational, economic and social changes, had an immediate impact on culture and cultural trends. The greatest achievement of the last years has probably been the birth of a new social, intellectual and cultural self-consciousness. Fundamental social and cultural changes, globalisation, new cultural priorities, the irruption onto the cultural scene of mass culture and the culture industries, the communications explosion, new approaches to preserve and transmit artistic heritage, and a new awareness of culture’s vital role in development – are factors which have contribution to new concepts of culture and national cultural policy.

The cultural policy system in Azerbaijan is very state-supportive in all respects, with the state taking the main decisions, providing financial support and coordinating the activities of the various partners involved in culture, in particular the regional and local authorities and professional organisations. This approach was necessary in order to protect culture and the arts, as well as secure artists and cultural workers, in the transition period.

At the same time, considerable societal changes during recent years have led to the development of a new model of cultural policy. The national cultural policy, following rapid economic development, has a good opportunity to flourish in the near future, combining flexible management at central level with activeness and initiatives at local level, an increase in the state cultural budget, together with improvements in fundraising and marketing skills of independent cultural managers, entrepreneurs and producers.

As outlined in the Constitution and in the new Law on Culture, the national cultural policy is based on the principles of equal opportunities to create and use cultural values and to preserve the heritage in Azerbaijan. Every person has the right to create, use and disseminate cultural values, irrespective of their social and material status, nationality, race, religion and gender. The Law guarantees freedom of intellectual and creative expression and provides a legal basis for the development of national culture as a constituent part of world culture. These principles, as well as equality, democracy, humanity, integration, quality, secularism, productivity, continuity and talent factor, adequately reflect the Council of Europe principles advocating democracy, human rights and cultural policy priorities such as the promotion of identity and cultural diversity (e.g. freedom of expression), encouragement of creativity and participation in cultural life.

According to the “Culture Concept of the Republic of Azerbaijan”, approved by the Decree of the President of the Republic of Azerbaijan (No. 273 dated 14 February 2014), which is developed to streamline with the main European cultural policy principles, the main cultural policy objectives in Azerbaijan comprise the adjustment of culture policy mechanisms to actual requirements: protection of cultural heritage, support and development of creative activity with the focus on the integrity of the people, promotion of identity and diversity, and participation in cultural life.

The “Culture Concept of the Republic of Azerbaijan” lists the following objectives in the field of state cultural policy as: development of legal guarantees, implementation of modern methods in culture and arts administration, diversification of financing sources, enhancement of information provision, human resources development, modernisation of the material and technical bases, and development of international cooperation. In the areas of cultural activity, the “Culture Concept of the Republic of Azerbaijan” defines the state policy as safeguarding of cultural heritage (intangible cultural heritage; historical and cultural monuments and preserves; the museum branch; library stocks), support to professional art (theatres, music, fine arts) and development of cultural industries (cinema, book-publishing).