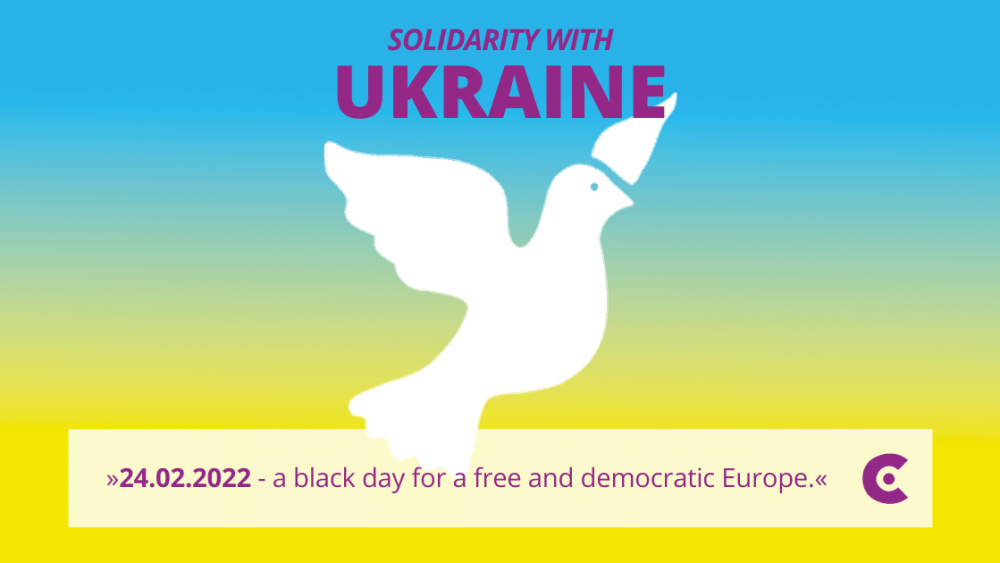 24th of February 2022 was indeed a black day for a free and democratic Europe. After 77 years of peace, the Russian Federation started an armed attack on Ukraine and thus another war in Europe. This act not only violates international law and European human rights but also tramples on democratic values such as peace, freedom, and equality. In line with the Council of Europe‘s position, the Compendium strongly condemns and criticises the Russian Federation’s military incursion into Ukraine.

We believe that in times like these, European values need to be reaffirmed and strengthened. The Compendium stands for the strengthening and integration of cultural policies and research of different European states. This task includes the exchange of knowledge as well as the recognition and tolerance of different perspectives and approaches. Therefore, we see values such as peace, freedom, equality, justice, as well as non-discrimination as central to our work.

One European value remains unmentioned so far – solidarity. There are no words for what this war must mean for our experts, their families, friends, neighbours, and compatriots. We can only express our solidarity and support to the people of Ukraine and to all others, who believe in European democratic values. We will try to help in any way we can!