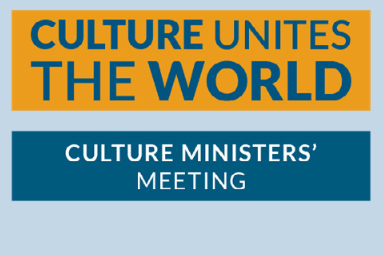 The Italian G20 Presidency held the first G20 Culture Ministers’ Meeting in Rome on 29 and 30 July, an unprecedented and historic choice.

The G20 Ministers of Culture adopted a Declaration calling for culture to be integrated into national economic and social recovery and longer-term development strategies.

Culture is a great growth factor, explained the Italian Minister of Culture Franceschini at the concluding press conference.

The G20 Ministers of Culture Declaration aims to incite G20 Leaders to recognize the need to scale up investments in the culture sector in the Final Declaration of the G20 Summit.